“So how was it? Did you have fun?” asked Helene as she pulled their old pickup onto the two-lane country road at the end of the long gravel driveway.

“Yes, I had fun,” answered Chelsea.

“How about some details?” Helene again prodded.

“Mom, I had fun. I wish you wouldn’t interrogate me.”

Helene sighed and then said, “My new boss, Mr. Singh, invited us for dinner tonight.”

“Chelsea please, this is important to me. I really love my new job. You’ll like him. I promise.”

Chelsea didn’t respond and just looked out the window as they drove down the country road into town.  Her view consisted of field after field of mostly cows, occasionally horses and wood frame houses.  Many of the houses needed repairs and a new coat of paint.  There wasn’t a lot of money in Dale City. Most people lived off the land or paycheck to paycheck, except for the lucky ones that worked at James Corp, the best employer in the small town.

As they pulled into town, some of that prosperity could be seen.  There were better houses, even brick, ranch style types, which were popular among the rural, middle class.   Over the years several businesses had cropped up in town, including several chains like McDonalds, Burger King, and such.  Helene slowed the rambling truck to 35 mph as she pulled into the old downtown.  She pulled into one of the angled parking spots in front of a shop which bore the sign, Singh’s Antiques and Curiosities.  At first Helene had been a little worried about coming to work for a “foreigner”, not because she was xenophobic, but because there were rumors of white supremacist groups still operating in the small, Texas town.   Helene was well read and had dreamed of traveling the world, so she welcomed the chance to get to know Amir Singh. But she had been working at the shop for a month now, working on the daily operations and helping with the books and had seen no sign of racism from the townspeople who frequented the shop.  Maybe the fact that James Corp was owned by a black family had had a positive impact on the town.

Amir stepped out onto the walkway in front of his shop to greet them as they exited the truck, the heavy metal doors of the old truck screeching as they slammed them both shut.  Amir Singh was Helene’s age, but unlike her, he was fit. His black hair was cropped short, but was full and a bit wavy, complimenting his olive skin.

“Helene, so happy you and Chelsea could make it for dinner,” he greeted them with a smile.

“Hello Amir, this is Chelsea,” Helene said as she waived an arm toward her daughter as they both stepped onto the sidewalk.

“You call your boss by his first name?” Chelsea blurted out.

“We’re informal around here,” said Amir with a smile as he extended his right hand toward her.

Chelsea looked at his hand for a moment, then reached out and took it. She shook it firmly as her Dad had taught her before he left them. It was the only thing she ever learned from him.

Helene sighed as her body relaxed from her tense posture, which did not go unnoticed by Amir. He smiled toward Helene as if to say, “See, I told you everything would be fine.” She smiled back and the three of them headed inside.

They walked through the shop, which was full of the standard antiques found in any small, Texas town. There were old wooden dressers with chips and scratches, ancient looking garden gnomes, decorative plates on little metal stands depicting women with big, old fashioned dresses, and ceramic figurines in the shapes of cats and roosters and the like.

“Everything is so old in here!” said Chelsea.

“That’s an excellent question, Chelsea. I think sometimes old things, comfort people. They remind them of a simpler time, I assume,” Amir answered.

“That makes sense,” said Chelsea as they reached a door in the back that Amir opened and led them through.

“That’s because you’ve never smelled Indian spices before. I’ve made us some butter chicken and some naan,” said Amir.

“Come I’ll show you,” said Amir as they followed him to the back of the apartment to the kitchen. On the stove there was a large silver, metal pot that Amir walk toward and then lifted the lid. “Come look,” he invited.

Chelsea and Helene obliged, and they could see chicken covered in a brownish sauce inside the pot as they peered into it. “Oh, I like chicken and gravy,” said Chelsea.

“And here is the naan,” said Amir as he lifted a thin, white cloth from a plate on the counter.

Amir placed the cloth back over the bread and as he did that, Chelsea was distracted by a photograph on the wall just past the stove and near the kitchen table. It was a picture of Amir, although younger, smiling and standing next to a beautiful golden colored horse, with a blaze running down the length of its face. Chelsea walked closer to the photo and said, “What’s wrong with that horse’s ears?”

“There’s nothing wrong with Apollo’s ears. He’s a Marwari horse, their ears are supposed to curve inward.”

“Mahr-wahr-ee? How do you spell that?” asked Chelsea.

“Marwari,” said Chelsea softly to herself. “Apollo was beautiful, he was your horse?” asked Chelsea.

“It’s a long story. Let’s discuss it while we eat supper,” said Amir as he began to scoop the butter chicken onto three plates. He handed one of the plates to Chelsea and he carried the other two to the table. “Helene, could you get the water pitcher from the fridge and fill three glasses for us?”

Helene retrieved the Britta water pitcher from the fridge and poured water into the three glasses that Amir had already placed on the table. Amir placed the plate of naan on the table after having microwaved it for a few seconds to warm it.

The three of them sat down at the table, which had already been set with forks and napkins. Amir reached for the plate of naan and removed one of the flat breads before passing the plate onto Helene. He then ripped off a small piece of naan and used it to pick up some of the chicken and then began eating.

Chelsea asked, “You’re not going to use a fork?”

“I’m eating in the traditional Indian way, but sometimes I use a fork too. I set the table with forks because I know that’s what you are used to.”

Chelsea copied his technique and used a piece of bread to eat the butter chicken. “I like eating this way,” she said.

“Well, I hope you two won’t be offended if I use a fork,” said Helene, smiling.

Amir smiled at Helene and then turned his attention to Chelsea. “Your mother tells me, that you got a job riding horses. I used to work on a horse ranch in India,” said Amir.

“You did? Is that where you met Apollo?” asked Chelsea.

“Yes, he was a prized Marwari stallion in those days. I miss him very much.”

“What happened to him?”

“He left this world some time ago. That picture was from another time, many years before you were born. Tell me about your job,” finished Amir.

“Oh, I’m going to exercise racehorses for Wisdom Racing Stable. But I’m most excited about the beautiful filly, my mom and I saw running in the pasture today! No one has ridden her because they said she can’t race because she’s half Arabian. But Mr. Castillo said if I can win her trust, they’ll let me ride her one day!”

“Why can’t she race because she’s half Arabian?” asked Helene.

“That’s too bad because Arabians are excellent racehorses. They possess both speed and stamina. Marwari horses were infused with Arabian blood early in their history. According to legend, an Arabian ship containing seven Arabian stallions wrecked off the coast of India and were taken to the Marwar region to be used as bloodstock for the Marwari breed. The Marwari and Arabian horses are the most ancient breeds in the world, and both carried warriors into battle,” said Amir.

“Very cool, indeed. My ancestors were Rajput warriors, so I believe I was born with a love for the Marwari horse,” said Amir.

“So, what is the filly’s name and why did a Thoroughbred ranch breed a half-Arabian in the first place?” asked Helene.

“Her name is Fyrestorm and Mr. Castillo said her mom jumped the fence and got bred by the black Arabian stallion next door,” answered Chelsea.

“So, it was fate, that she was born and that you came into her life. I believe great things are on the horizon for you and Fyrestorm,” said Amir.

For the Socializing :D 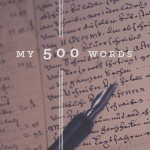